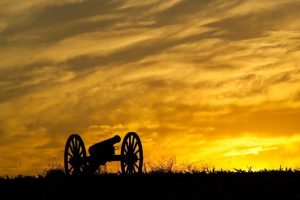 Evidence– Understanding Its Importance to You

“Evidence” is all the means by which any alleged matter of fact, the truth of which is submitted to investigation, is established or disproved, explains Trial Lawyer, Kim Douglas Sherman.  There are several types of evidence, Mr. Sherman identifies in this article.

A Civil Litigation Lawyer for over almost forty years, Kim Douglas Sherman says that knowing the differences between the different types of evidence is a required skill.  “Testimonial evidence” is someone speaking about the matter to be decided.  If the person testifying does not have personal knowledge–they did not see or hear what they want to testify about– their testimony is called “hearsay.”  Hearsay is generally not considered as evidence because there is a right to cross-examine the person who actually was the witness to the event.  Imagine an ugly, toad-like witness, who saw everything and knows everything, but is so repulsive that you want to keep him out of sight. Instead, you would like a handsome, well-spoken person to give the testimony.  You would like to ask the good-looking witness to go and ask the “toad”, “What did you see?”  Then you would like the good-looking witness to come back into the Court and testify as to what the toad witness said.  Under our legal rules, that is called “hearsay.”  You have to bring the toad to testify himself.  There are exceptions, but that would take a much longer article.

Trial Attorney Sherman prefers to have the person who experienced the event be his witness.  Testimony given by a witness with actual knowledge is good evidence, however, the way that they see or remember can be selective and biased.  Which brings Mr. Sherman to his next point about evidence.  Mr. Sherman says, “If you can have the testimony of a disinterested person, who has nothing to gain or lose, that is the best kind of witness.” Try to have the witness write down what they saw as soon as possible after the event in question.  Such a writing, itself, may not be admitted as evidence, but it can help the witness remember exactly what they saw or heard long after the event happened.  This is a technique called “preserving” evidence.

To a Civil Litigator like Kim Douglas Sherman, A picture is said to be worth a thousand words, and we all know that is true.  When it comes to preserving evidence, take the picture and take it before there is any change in the subject matter of the photo.  Take a photo of the accident scene, the crashed cars, and the wounds. Take the photo of the over-flowing sewage or the moldy, collapsed ceiling.  You get the picture?  If you do, then make sure that you keep the photo secure and preserved to use as your evidence.

Conducting trials in the Fort Lauderdale, Florida area, Trial Attorney Sherman has one more bit of good advice, “preserve the actual thing that is in issue.” If something broke and caused injury or damage, try not to discard it.  Instead try to maintain and secure it in the same condition so you can present it to the Court and say, “This is it!”  When you put your agreements into writing signed by the agreeing parties, that “written contract” is the best evidence of the parties’ intentions.

Whether a jury-decided trial or a judge-decided trial, Kim Douglas Sherman, concludes that: Understanding “evidence” will help you prove your case, and can even keep you out of Court.